Behind the Scenes at the Museum: The Dorset County Museum

Article from: Newsletter No. 93
Written by: Peter Adamson
PDF: No article PDF

In 1845 the industrial revolution collided with Dorset’s ancient past when the construction of a new railway line was destined to destroy Dorchester’s Roman sites at Poundbury Hillfort and Maumbury Rings.  In response, a group of men with an interest in Dorset’s history, including Reverend Henry Moule, and the authors William Barnes and Thomas Hardy, came together to form an organisation to protect these and other sites from the threat of industrialisation.  They formed the Dorset Natural History and Archaeology Society and in 1845, founded the Dorset County Museum and Library to protect and preserve the cultural heritage and natural history of the Dorset area.

The Museum was originally housed on West High Street in Dorchester, in the same house that the ‘Bloody Assizes’ were conducted in 1685, before being moved to Trinity Street and then back again to West High Street, this time in a former public house.  Unfortunately, these buildings lacked the space the Museum needed so could open only on Thursdays and Saturdays.  In 1883, the Museum was moved to a purpose-built site, where it still stands, with the classic Victorian feel many museum-goers around the country will find familiar.  This allowed the Museum to expand and open many new galleries over the years.  In 1937 a specialist Geology Gallery was opened, with a Natural History Gallery opening in 1952, a Multipurpose Gallery and conservation laboratory opening in 1973, and an Archaeology Gallery that was completed in 1984.  More recently, Heritage Lottery Funding has helped refurbish many of the original galleries, and to build the Writers’ Dorset Gallery, the Dorchester Gallery, and the Jurassic Coast Gallery. 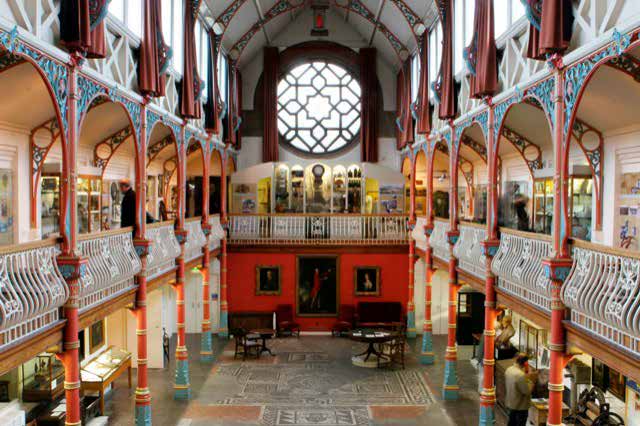 Today, more than 4 million objects are held in the Museum’s collections, all relating to the County of Dorset.  Unsurprisingly, many of the geological objects in the Museum come from the Jurassic Coast, which visitors to the Museum can view through the new interactive exhibit “Walk through Time” that spans 185 million years.  One of the highlights of the exhibit is the ‘Swanage Snapper’, the type specimen of a 140 million-year-old Cretaceous crocodile from the Purbeck Formation (famous for its fossil forests) called Goniopholis kiplingi, named after the author and nature enthusiast Rudyard Kipling.  The displays also show freshwater turtle bones from Dorsetochelys delairi, named for its discovery on the Dorset coast, which may have been a regular meal for the Swanage Snapper.  Another big predator in the fossil collections is the Weymouth Bay Pliosaur, Pliosaurus kevani.  This was the largest marine reptile that ever lived, in its day up to 16 metres long.  Fossils of such national scientific importance are rarely kept locally but this pliosaur is on permanent display in the Jurassic Coast Gallery.  Particularly impressive is a large ammonite with its original mother of pearl still preserved, as well as ichthyosaur skeletons, and even a pterosaur wing found by a member of the public and donated after the Museum helped to identify the remarkable fossil. 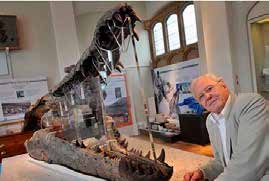 The Museum also holds many archaeological treasures.  The South Dorset Ridgeway Area was an important ceremonial site in the Bronze Age (2400–2000 BC) that was filled with barrows (burial chambers) where people were laid to rest, often with valuable treasures like golden jewellery, mirrors and swords.  The Museum recently acquired a beautiful crescent-shaped golden necklace, covered in intricate geometric decorations, dating to the early Bronze Age; it was made using techniques that still can’t be fully replicated with modern technology.

Visitors might be confused by the sight of beautiful exotic birds, which appear to have no obvious connection to Dorset.  These were collected by the naturalist Alfred Russel Wallace, a long-standing member of the Dorset Natural History and Archaeology Society, who donated the birds to the Museum after returning from his travels around the world.  Society members like Wallace have played an important role in expanding the museum collections over the years.  Thomas Hardy donated a complete set of his original works to the Museum, and following his death his many manuscripts, notebooks, and furniture were also donated to the Museum, adding up to more than 16,000 items, including the entire contents of his study.  The Museum’s textiles collection even includes some of the Hardy family’s clothes and period dresses.  Literary fans can now visit Hardy’s original study and gain a rare insight into his thoughts from his notes, described by Museum curator Jenny Cripps as his “scribblings”.  These were on everything from his own books to his copy of the Bible, where he left many comments for us to read today. 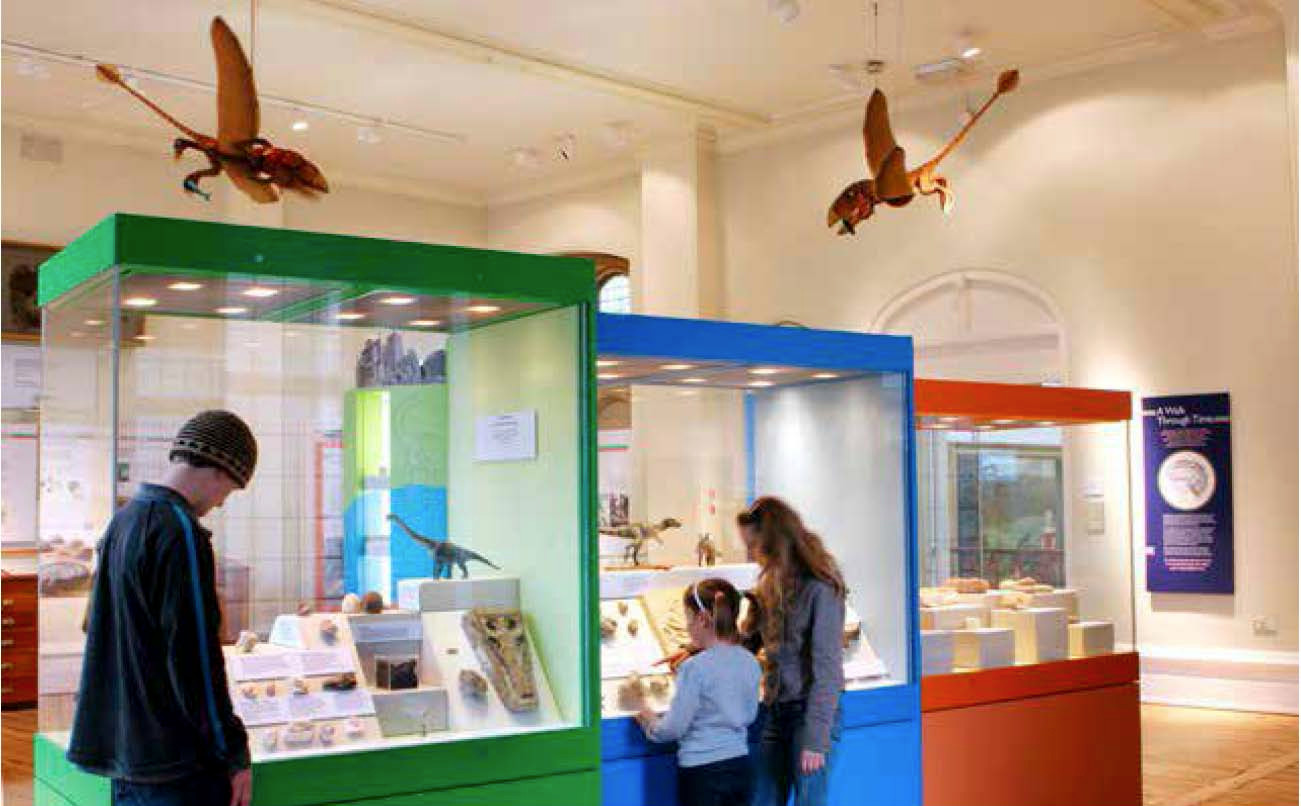 Located in such a popular tourist destination, Dorset County Museum is also involved in several outreach projects that encourage the public to investigate the amazing history of the County.  Each year the Museum hosts school visits, lectures for adults and children, and has regular family activities.  The Museum’s current exhibition, “Speed to the West”, evokes the golden-age of railway travel and contains over 50 famous examples relating to the railways.  Every Monday morning the Museum hosts ‘Museum Makers’ in the Victorian Gallery for adults with learning disabilities.  This event uses theatre and arts to explore artefacts and relevant sites from throughout Dorset and lets the participants curate their own exhibitions.

In the near future, the Museum will be undergoing major refurbishment and expansion, including the development of new galleries and buildings.  This will allow members of the public to see how the collections are used by scientists and historians so that people can truly explore “behind the scenes at the museum”.

Dorset County Museum is open Monday to Saturday all year round, from 10 am to 5 pm from March to October and from 10 am to 4 pm from November to March.