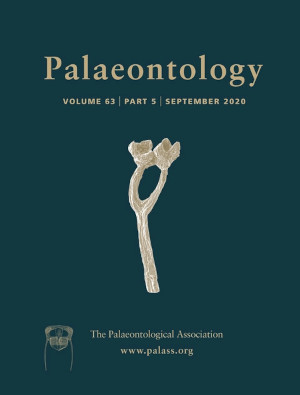 Conspicuously few body‐fossil taxa are known to span the Ediacaran–Cambrian boundary, a pattern usually taken to signal either a terminal Proterozoic mass extinction, or taphonomic failure. We draw attention to the emerging record of small carbonaceous fossils (SCFs), which exhibit continuous preservation spanning this critical interval. Here we focus on the enigmatic SCF Cochleatina, a morphologically complex coil‐shaped problematicum that ranges across the Ediacaran–Cambrian divide, and is potentially among the oldest fossil occurrences of metazoans. We report new material of Cochleatina canilovica from the Ediacaran of Estonia and Ukraine, which offers new characters for assessing its palaeobiology. Significantly, new specimens include sets of three‐alike triplets of Cochleatina adhering to organic sheets, suggesting a clustering habit, or grouping of elements within an individual during life; an important step in constraining the morphology and ecology of this Ediacaran–Cambrian problematicum. We present revised systematic descriptions for Cochleatina and C. canilovica, and critically evaluate previous biological interpretations, drawing comparisons with metazoan, algal and protistan analogues. We reject hypotheses supporting Cochleatina as a metazoan mouthpart, and suggest new grounds for viewing Cochleatina as a potential multicomponent predator that trapped protists among microbial mats. Most occurrences are from Baltica, but we synthesize sporadic reports of Cochleatina from other palaeocontinents, pointing to its global distribution during the latest ˜10 myr of the Ediacaran and majority of the earliest Cambrian Fortunian Stage. As a rare example of an ‘Ediacaran survivor’, Cochleatina highlights the broader significance of SCFs as a novel means of tracking evolutionary patterns through the Proterozoic–Phanerozoic transition.

We thank Heikki Bauert, Ursula Toom, Olle Hints (Tallinn University of Technology, Estonia) and Tõnis Saadre (Estonian Geological Survey) for their help in sampling at the superb TUT drillcore facilities and collections in Estonia, and Victor Podkovyrov (IPGG, Russian Academy of Sciences) for access to samples from the drillcore No. 700, Ukraine. We would like to thank Vojtěch Kovář (Charles University, Prague) for help with picking the cluster in Figure 5L, and Sören Jensen (Universidad de Extremadura, Spain) for helpful literature. We thank Teodoro Palacios, Małgorzata Moczydłowska and Sally Thomas for constructive reviews. This research was funded by the Natural Environmental Research Council, UK, grant NE/K005251/1 (BJS, THPH, NJB).