Article: Spatiotemporal sampling patterns in the 230 million year fossil record of terrestrial crocodylomorphs and their impact on diversity 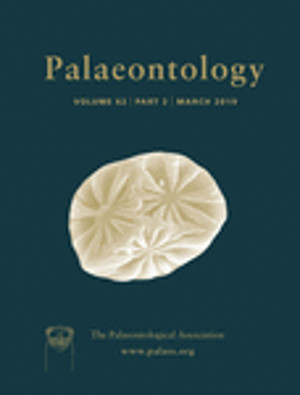 The 24 extant crocodylian species are the remnants of a once much more diverse and widespread clade. Crocodylomorpha has an approximately 230 million year evolutionary history, punctuated by a series of radiations and extinctions. However, the group's fossil record is biased. Previous studies have reconstructed temporal patterns in subsampled crocodylomorph palaeobiodiversity, but have not explicitly examined variation in spatial sampling, nor the quality of this record. We compiled a dataset of all taxonomically diagnosable non‐marine crocodylomorph species (393). Based on the number of phylogenetic characters that can be scored for all published fossils of each species, we calculated a completeness value for each taxon. Mean average species completeness (56%) is largely consistent within subgroups and for different body size classes, suggesting no significant biases across the crocodylomorph tree. In general, average completeness values are highest in the Mesozoic, with an overall trend of decreasing completeness through time. Many extant taxa are identified in the fossil record from very incomplete remains, but this might be because their provenance closely matches the species’ present‐day distribution, rather than through autapomorphies. Our understanding of nearly all crocodylomorph macroevolutionary ‘events’ is essentially driven by regional patterns, with no global sampling signal. Palaeotropical sampling is especially poor for most of the group's history. Spatiotemporal sampling bias impedes our understanding of several Mesozoic radiations, whereas molecular divergence times for Crocodylia are generally in close agreement with the fossil record. However, the latter might merely be fortuitous, i.e. divergences happened to occur during our ephemeral spatiotemporal sampling windows.